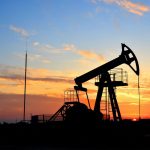 Colorado is an energy-rich state featuring traditional fossil fuels and renewable energy. The seventh-highest energy-producing state is well-known for its reserves of oil and natural gas, and the outlook is trending positively. Especially in the Denver-Julesburg Basin, independent oil and gas producers maintain cautious optimism that 2022 will see net job growth, higher prices, and higher output matching or in some cases exceeding pre-pandemic levels. However, many experts are cautious about how quickly the tide will turn

Despite the good economic news, the reality is starting a new oil or gas well is expensive. Oil well production is more efficient, but Colorado’s new regulations are added considerable new compliance costs. Relying on technology and efficiency by themselves will only take producers so far. Intangible drilling costs (IDCs) make up as much as 80 percent of total drilling costs on a new well. Given this high number, many Colorado oil & gas companies rely on industry-specific tax breaks to recoup many of the costs associated with starting a new well. The good news is with the right accounting and tax strategy, IDCs can be entirely deducted in the first year. To help clients, prospects, and others, Hanson & CO has provided a summary of the key details below.

What are Intangible Drilling Costs?

Building a new oil and gas well involves many components. The biggest financial outlays come from:

Intangible drilling costs (IDCs) comprise around 60 to 80 percent of all costs associated with building a new oil and gas well. IDCs are essentially everything except the actual drilling equipment. They’re required to drill but can’t be salvaged; for example, fuel, supplies, wages, and laying the groundwork for the well site.

They serve as an exception to the rest of the tax code because the costs can be completely deducted the same year the costs are incurred. A well doesn’t have to be successful for the producer to claim the full tax benefit. If it’s operational by March 31 of the following year and the well is in the U.S. – either onshore or offshore – the deduction is permitted.

IDCs have been part of the U.S. tax code since the start of the first income tax in 1913. The intent was to incentivize U.S.-based oil and gas production. Drilling has been a traditionally risky activity because there is no guarantee a well will produce oil. Immediately deducting most of the associated start-up costs regardless of success has helped oil and gas producers and investors hedge their bets and recoup costs. Thanks to modern technology, producers have about an 85 percent success rate for drilling profitable wells. Yet, oil and gas obviously remain a capital-intensive industry, like manufacturing.

For several years, IDCs have faced potential elimination. As the U.S. transitions to renewable energy and looks for ways to increase tax revenue, many legislators have voiced support for eliminating or reducing the tax deduction.

Past efforts to reform the tax deduction have ranged from removing it from the tax code entirely, eliminating it from oil and gas only, repealing it for C-corporations/largest producers, or allowing the deduction only if the well is dry. To date, neither measure has passed.

More recently, removing the ability to immediately expense IDCs was part of an initial proposal in both the American Jobs Plan and the federal reconciliation bill. Final versions of both pieces of legislation kept the tax benefit intact.

How to Deduct IDCs

Producers don’t need to declare a formal election to fully deduct IDCs; however, it’s still a best practice to include a footnote in the accounting disclosures. To deduct IDCs, simply include them on the annual tax return (Form 1040) in the year the costs were incurred.

Large oil and gas producers, also known as major integrated oil companies, are limited to deducting 70 percent of IDCs in the first year. The remaining 30 percent must be amortized over five years.

IDCs incurred outside the U.S. can be capitalized over a standard seven-year depreciation period.

Most of the time, oil and gas producers fully deduct IDCs in the first year; however, that’s not the only tax strategy. It can be advantageous to amortize them over a five-year period instead, especially if prices or profitability are low. This option may be attractive if the longer-term amortization would result in putting the producer in a lower tax bracket. Especially as taxes are going up, it might make sense to evaluate which strategy will have the overall better result.

Then there are excess intangible drilling costs to consider. If IDCs are more than 65 percent of net income from oil, gas, and geothermal production, the balance would need to be treated as excess. The costs would need to be added back to taxable income if taking the alternative minimum tax election.

Utilizing the full deduction for intangible drilling costs can be a smart move for independent oil and gas producers, especially as production ramps up and compliance costs increase. Calculating the deduction and its potential tax impact may not always be straightforward, so producers should take the time to evaluate all options.

The tax-saving opportunities available to independent Colorado oil & gas companies can be significant when it comes to intangible drilling costs. To properly leverage the opportunity, it is critical to consult with an experienced oil & gas tax advisor. If you have questions about the information outlined above or need assistance with a tax or accounting issue, Hanson & CO can help. For additional information call 303-388-1010 or click here to contact us. We look forward to speaking with you soon.